Just a quick post tonight... I've been off a few days for Christmas and had a chance to make great progress on the layout - all 6 new Tortoise installs are completed, the new panel at Telluride is complete, DCC LocoNet troubleshooting at Ridgway is complete, and a new optical sensor installed near the Ridgeway yard crossover (so I can 'see' when a train is clear during switching moves; key because that crossover is mostly hidden).

On the real RGS side of things, Knotts Berry Farm reported that Goose #3 just celebrated her 80th birthday (in fine, operating shape) and business car Edna has a new exterior paint job.  Details about both at on my Remaining Equipment page, which I finally got around to updating.

That page also has some further details about the RGS #20 rebuild, which continues but needs more funds. 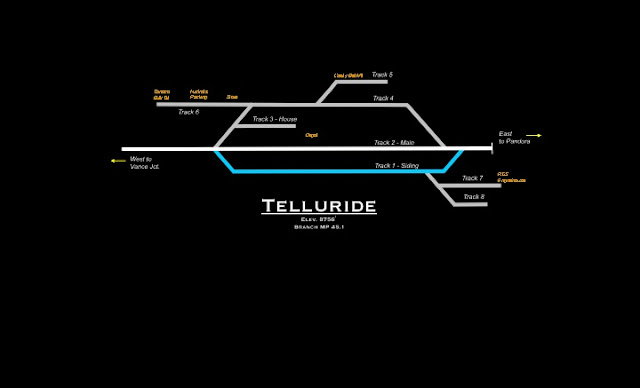 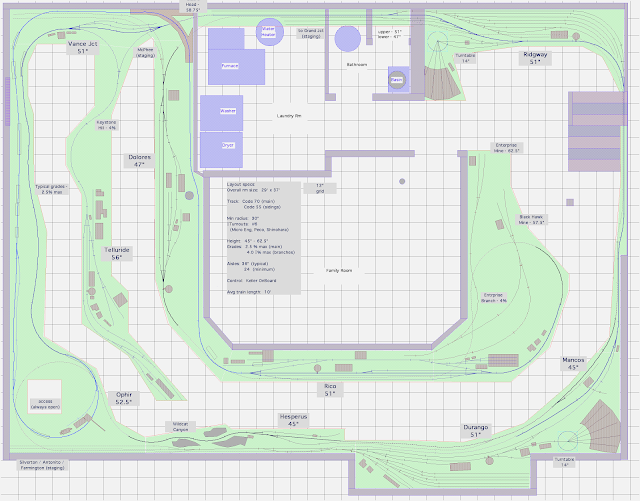