Prototype maps and layout reference on the wall as you enter the room. Plus an authentic bolt from RGS bridge 45-A. 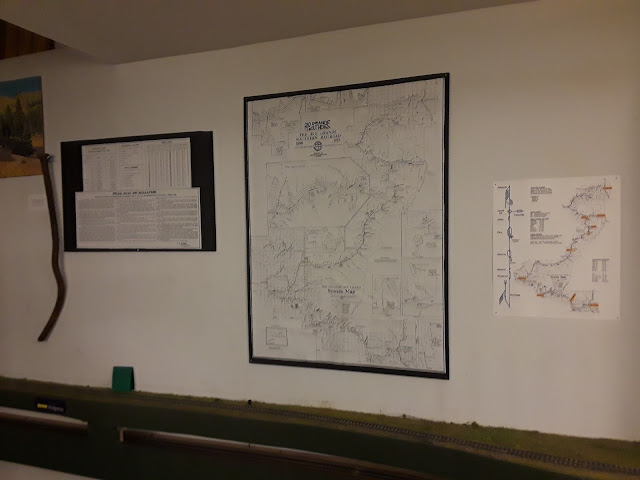 One of the early mixed trains out of Durango. It heads to Telluride, swaps some cars with another mixed, then continues north to Ridgway. 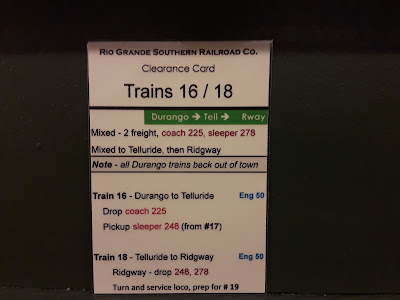 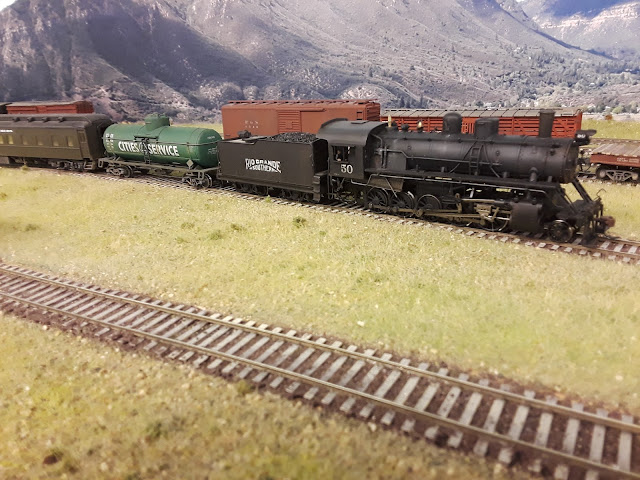 Rico is nearly always busy. Here, "loaded" cars pulled from the mines are being made ready for pickup by trains departing both south and north, while a train of empties is arriving. 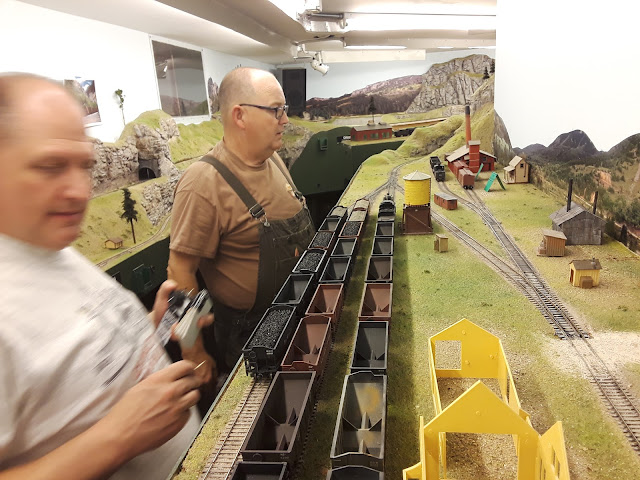 Hopper 924 was came in from Ridgway empty, and has been delivered to the St. Louis mine in Rico for loading. Loaded cars from this track were already pulled by the Rico switcher. 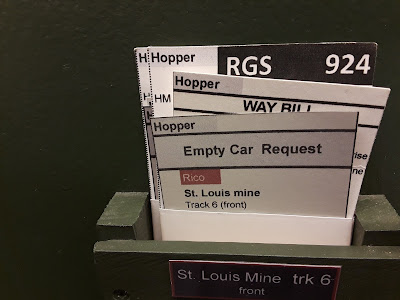 Rico switcher #22 has just finished spotting empty hoppers from Ridgway, including 924, at the (future) site of the St. Louis mine, in Rico. 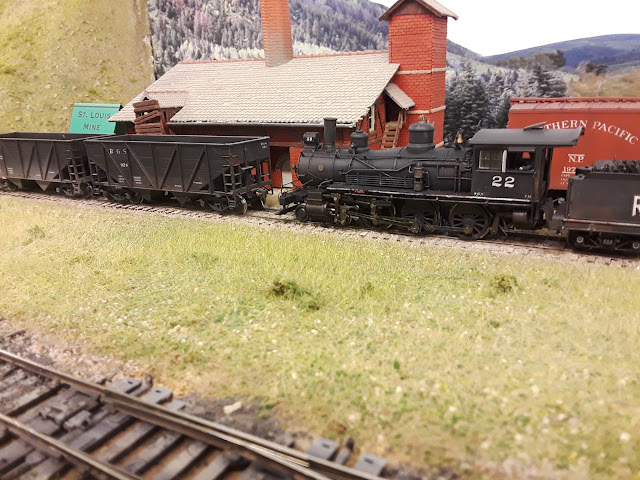 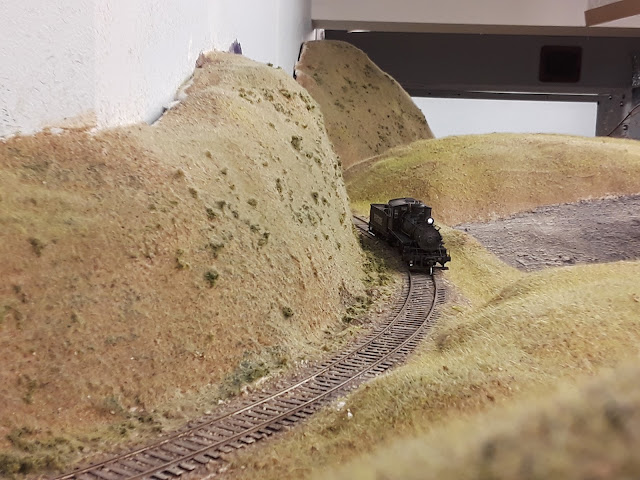 There's no wye or turntable in Rico on my layout, so trains arriving from both north (Ridgway) and south (Durango) swap engines for the return trips. Here, both inbound trains arrived early, and their power is waiting for the Rico yardmaster to finish making up their outbound trains - which are #211 (to Durango) and #312 (to Ridgway). 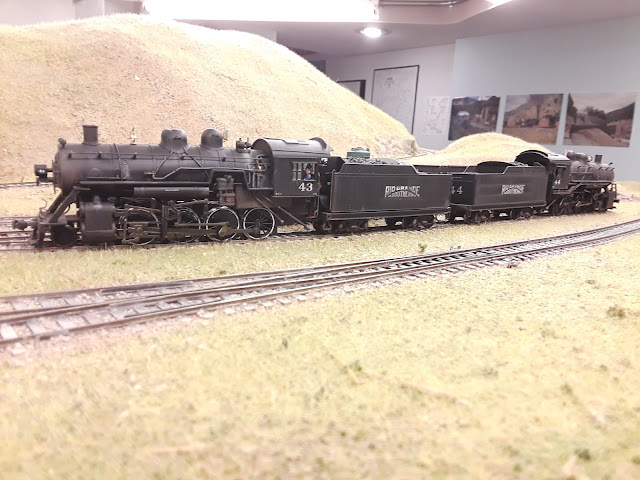 Train #211, which will take some of the loads pulled from Rico's mines earlier in the session, will head south to Durango, using this train order / clearance card. 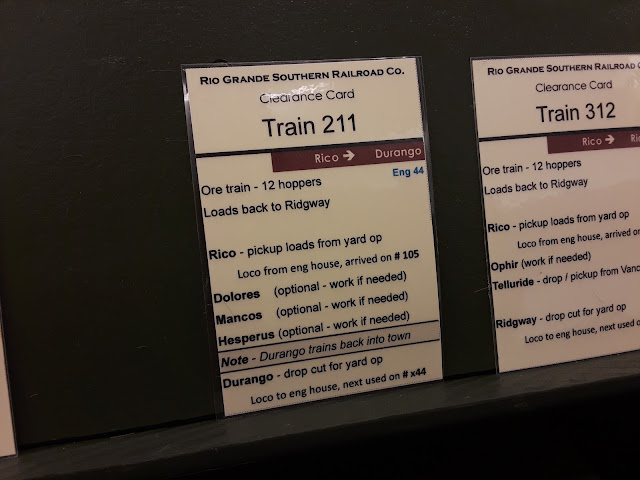 Here's the car card and waybill for reefer 2183, currently at Rico and heading up the line to Ophir on the next train north. 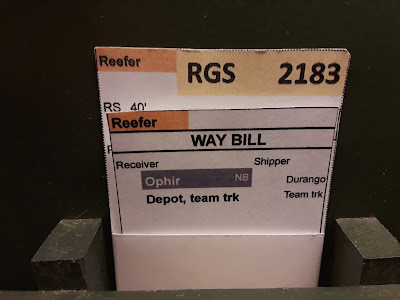 Reefer 2183 is sitting on the depot team track at Rico. It's billed for Ophir, which is the next town north. 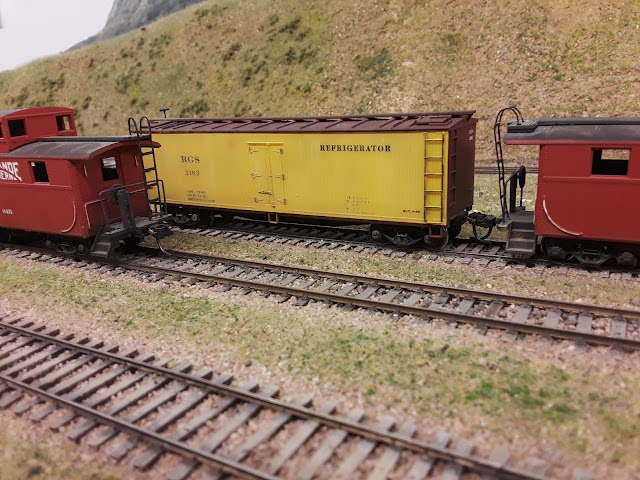 This is the Durango switcher, pulling into the caboose track to grab a caboose for an outbound freight being prepared. 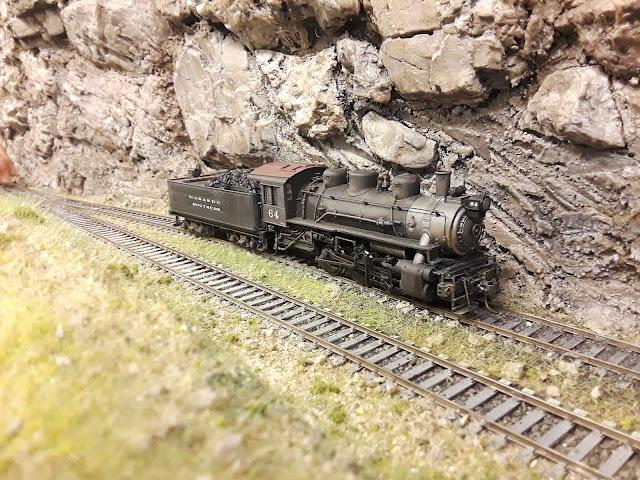 A heavy mixed training getting ready to leave Telluride. It's heading south to Ophir, on a steep climb toward Lizard Head, and will need the Telluride switcher to help with pushing. 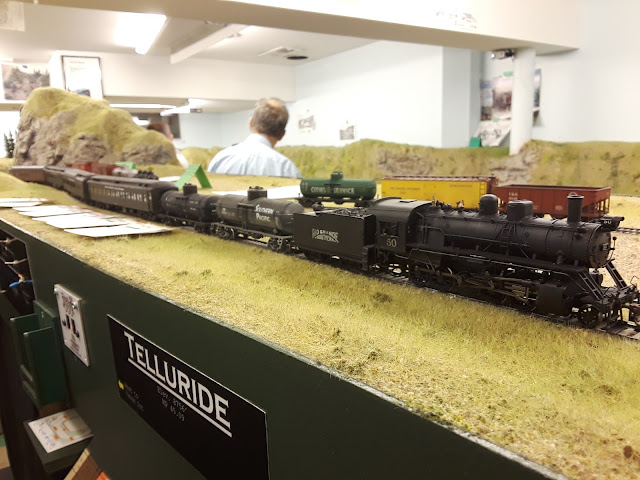 The heavy mixed train begins the climb to Ophir, after departing Telluride. 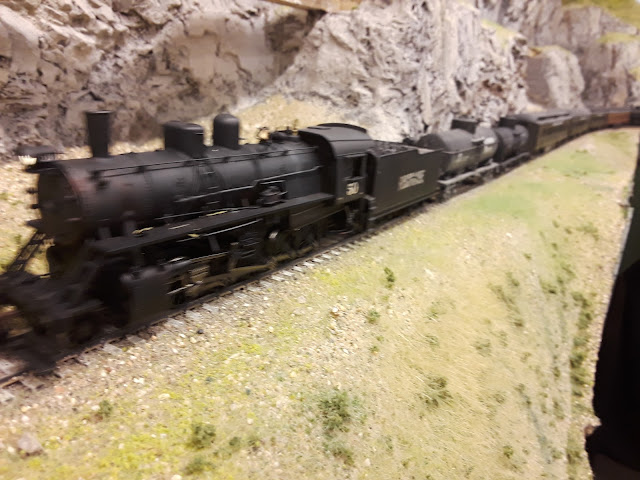 The Telluride switcher 51 pushing on the tail of the mixed, helping it climb the grade to Ophir and then Lizard Head. 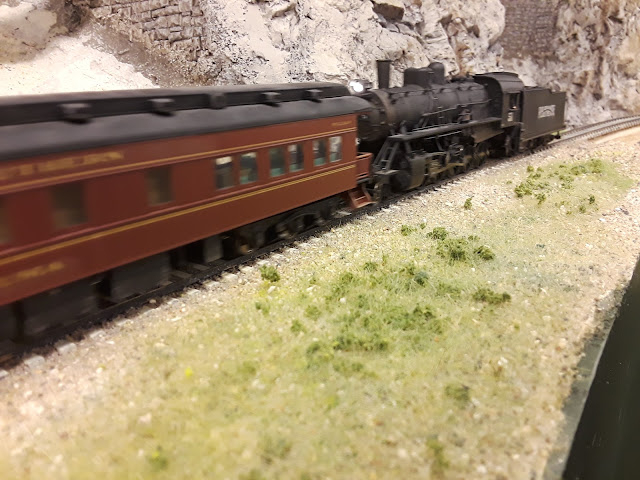 Pushing work complete, the Telluride switcher backs thru the siding at Ophir, on its way back to Telluride. 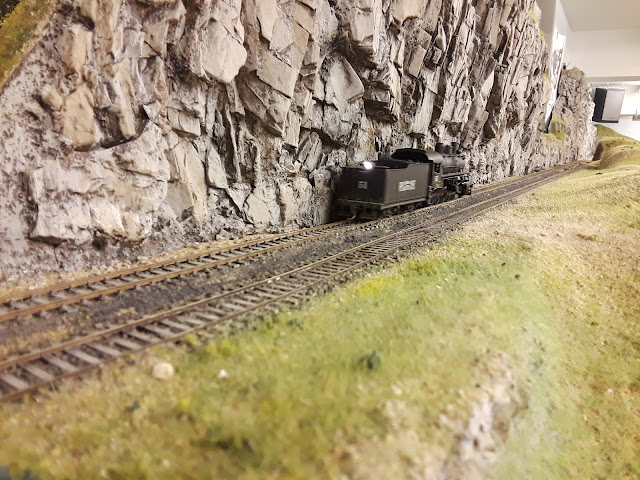