December has been a difficult and crazy month for us, including the passing of my Mom right before Christmas.  I cancelled my op session for Dec-28, but we did have a session earlier in Nov.  Here's some photos:

RGS 43 in Durango, being pulled from the roundhouse for a run to Ridgway. 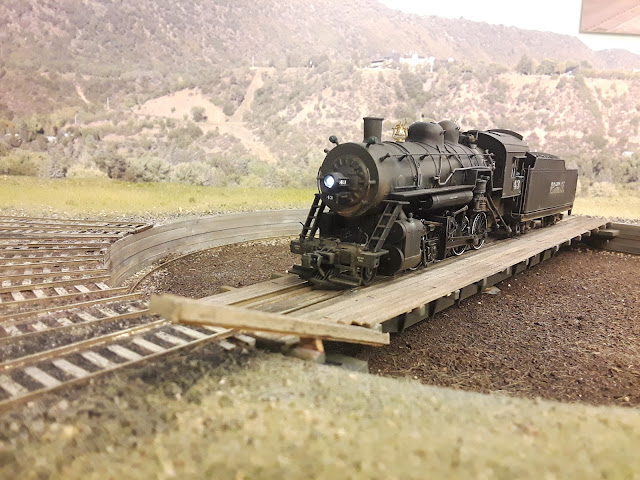 RGS 43 in Durango, being coaled and prepped for a run to Ridgway. 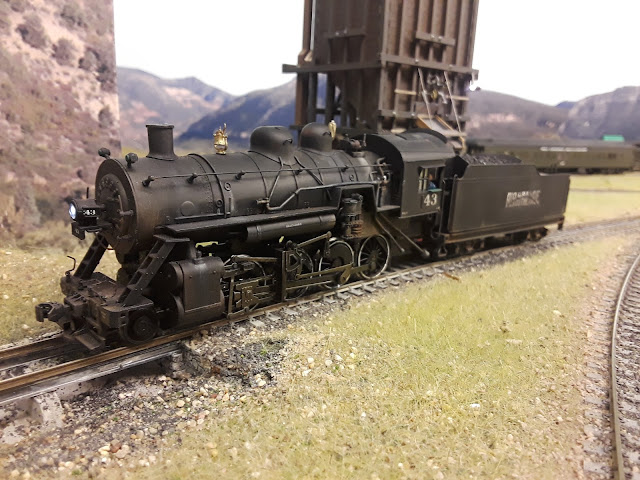 RGS 43 and her train departing Durango. 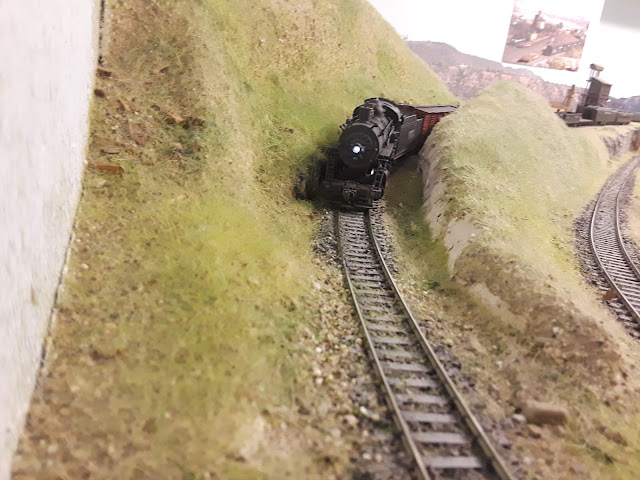 A mixed train is arriving at Ophir, with a reefer to drop at the depot. Here, the train crosses the main highway into Ophir. 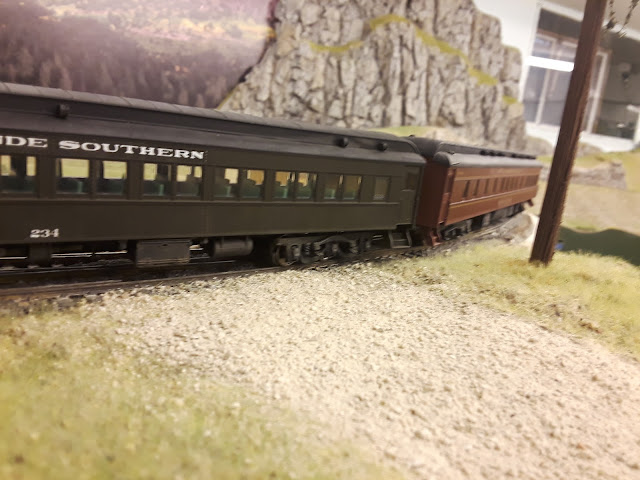 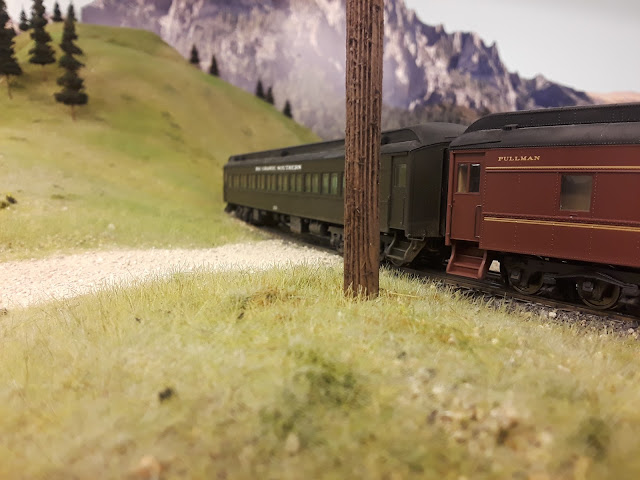 Sitting on the siding just north of Ophir, the front portion of the train has been uncoupled, pulled forward, and then run around and coupled behind the coaches. This cut is about to be pulled backwards - with the reefer on the end, which gets pushed into the Ophir depot spur. 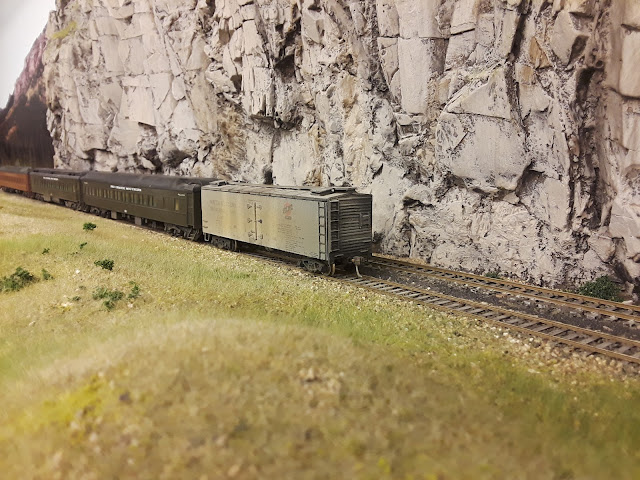 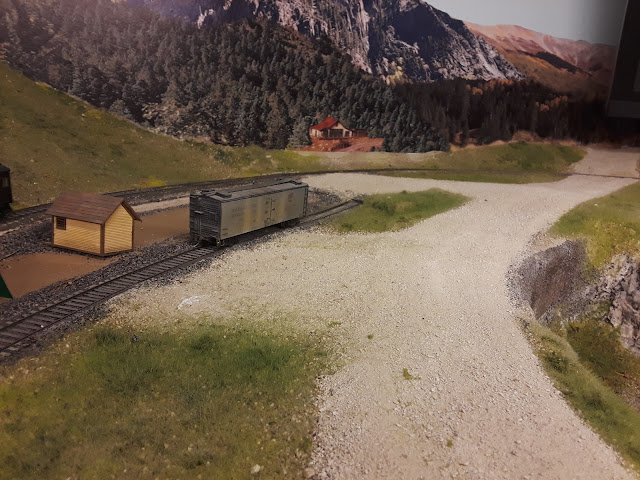 With the reefer delivered, the train is reassembled, and here is pulling out of the siding's south end - climbing over the Ophir high line toward Lizard Head. 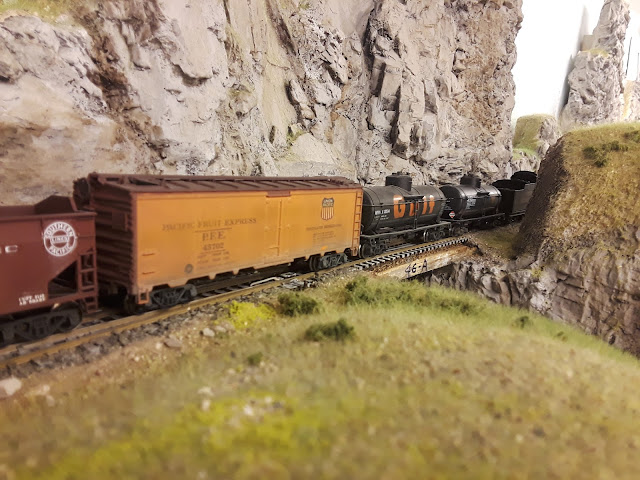 A wider shot - the mixed train is on the upper track, leaving the high line and continuing the climb to Lizard Head. Another train is on the lower line, climbing toward Ophir. 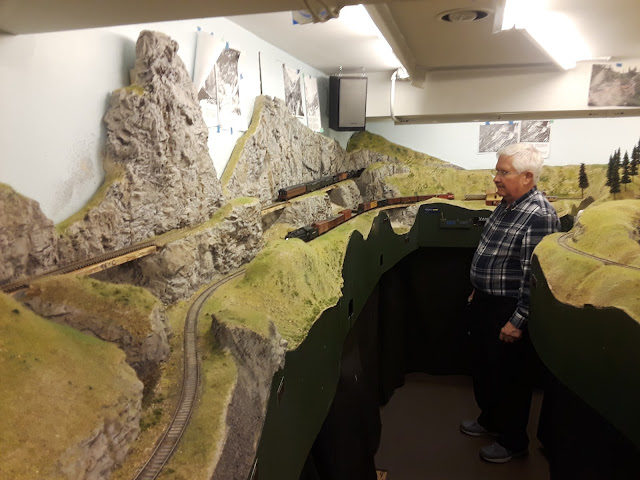 The mixed train - now beyond Lizard Head - is descending into Rico. 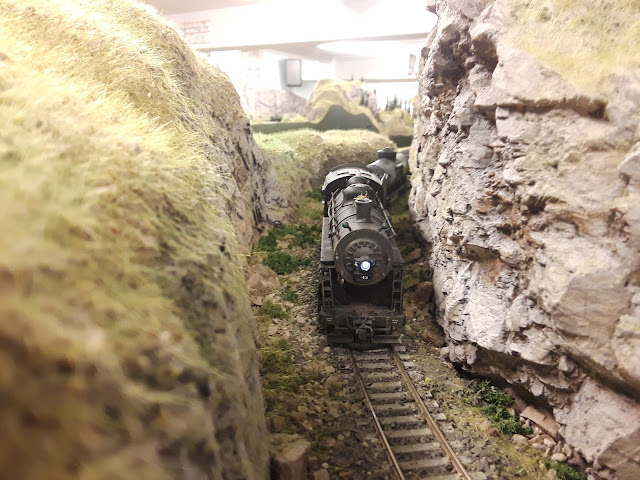 The mixed train - now beyond Lizard Head - is passing thru the cut at Burns Canyon, about to enter Rico. 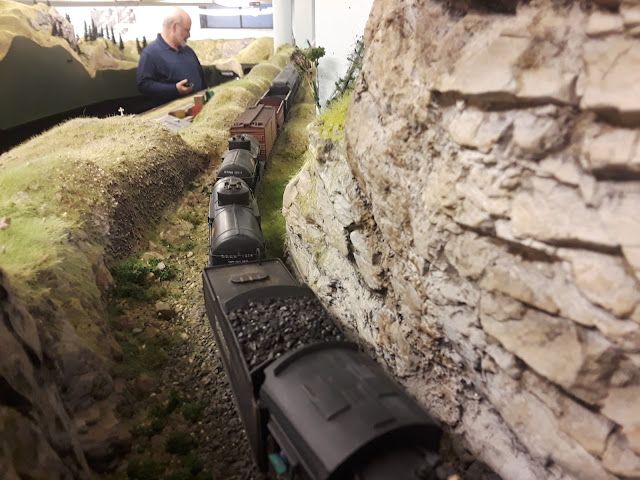 The mixed train at the south end of the Rico yard. 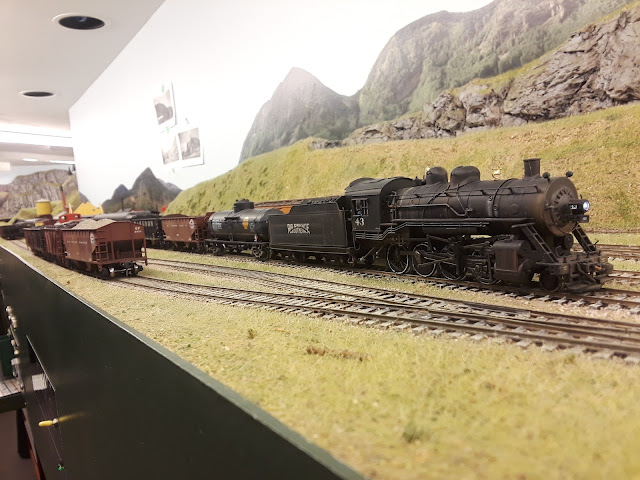 The mixed train has arrived in Ridgway, and it's power - RGS 43 - is pulling into the engine servicing area. 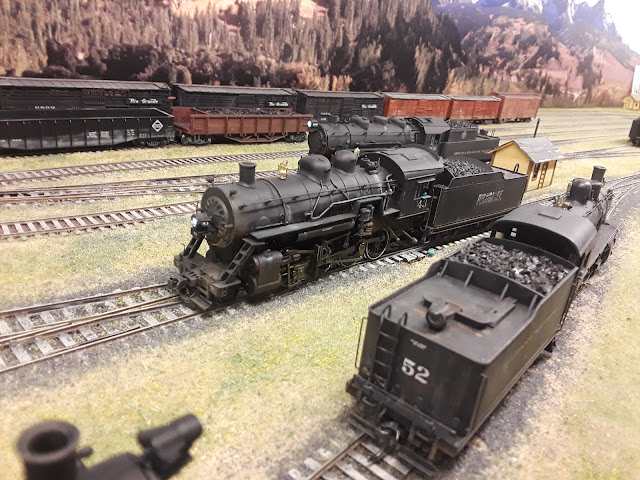 RGS 71 picking up a car near the Telluride enginehouse. 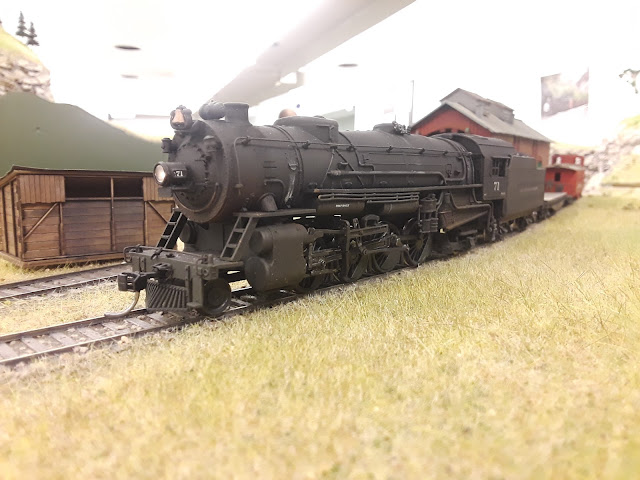 A wider shot - with RGS 71 at the Telluride enginehouse in the center, the cut into Rico at the top of the photo, and Durango in the distance. 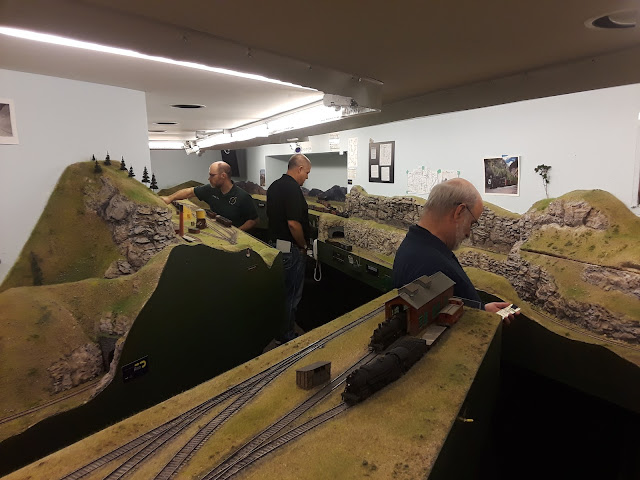 The end of the session sometimes includes a rather non-prototypical of SP Daylight streamliners; here's one of them beginning the climb into Telluride, at night. 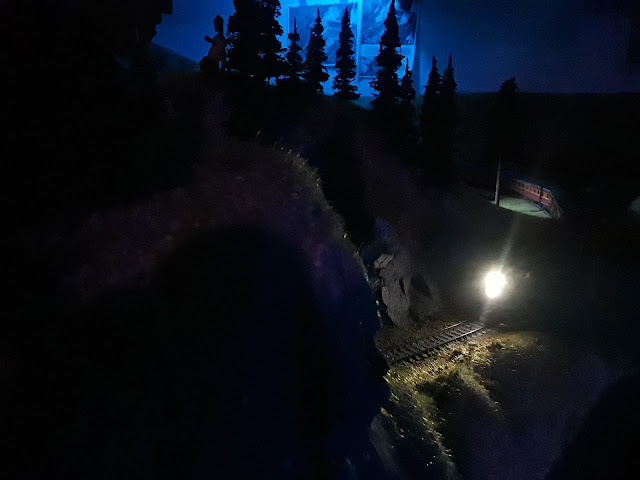 Another shot from the nightime portion of this session - here's a train waiting to enter Rico from the south end. 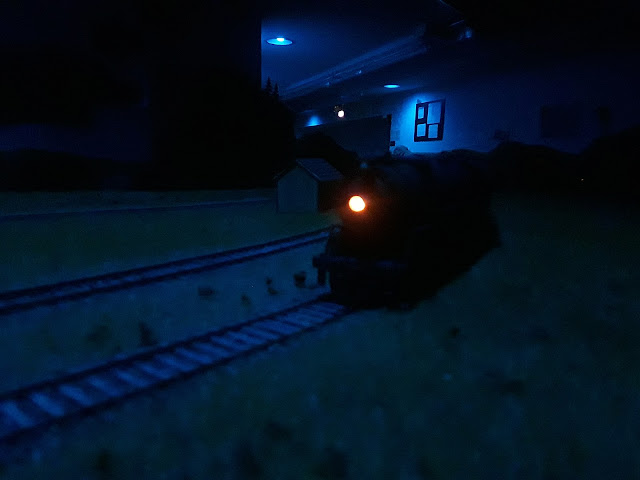